Huddersfield youngster Ian Barrett was never headed as he powered his Proton Satria to a well deserved and long overdue class victory on the Swansea Bay Rally, round five of the Kumho National Rally Championship.

The Proton UK backed driver finished the gruelling 65 mile event in a fantastic 21st overall, taking victory in the Super 1600 category and class A6, whilst also finishing second in the National Junior and Formula 2 sections.

Ian and co-driver Andy Coupland wasted no time in stamping their authority on the class by setting a fantastic time on the first stage, fully half a minute up on their nearest challengers.

After consolidating his class lead with a steady drive through stage two, Ian suffered his only major worry of the day during stage three when his gearbox kept jumping out of second gear, but he kept his head to guide the car back to service, with minimum time loss, where the problem was soon fixed.

With a class lead of nearly a minute under their belts, the pair eased back through the final two stages to finish with a comfortable 45 second lead as they crossed the finish ramp back in Swansea.

A delighted Ian said “What a relief! We’ve known all year we had the pace to take a victory, and finally it’s all held together for us. I was so nervous heading through the last two stages – I had everything crossed hoping that we wouldn’t fall prey to any last minute dramas!”

“We had a successful test with Geoff Jones Motorsport last week where we tried out some new suspension modifications, so we were quietly confident coming into the event. We knew that with only five stages making up the rally, a good start could put us in a strong position. We’ve had a few near misses this season, so it was very satisfying to finally take the class win.”

Ian and Andy now head to Scotland for the next round of the Championship, the Park Systems Rally on September 21st, where they will be looking to build on this latest success. 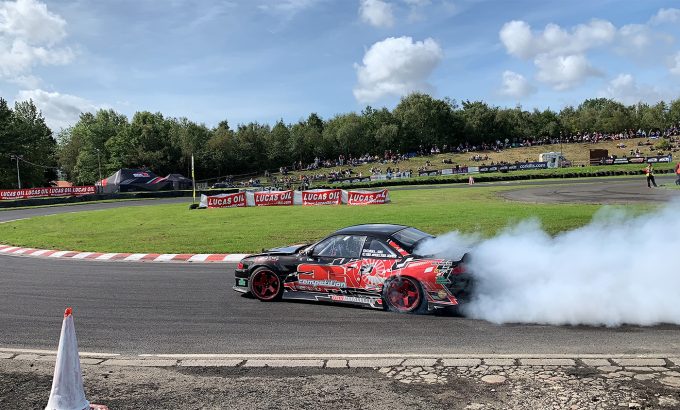