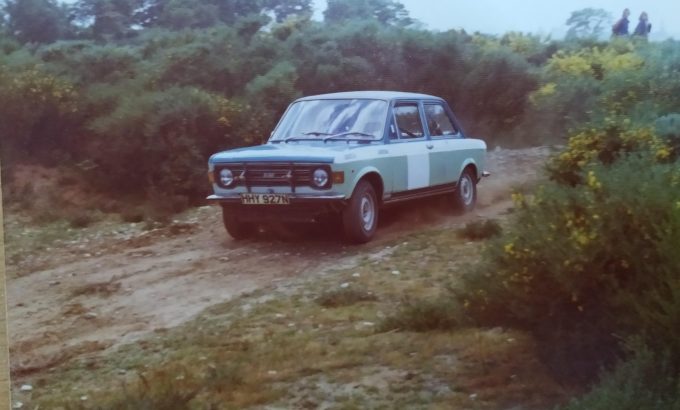 1975> Peter formed an intrepid trio with Don Gosley and Steve Wood, whereby they spent their evenings, and many weekends, repairing and servicing cars, to make money to go rallying. We used Don’s family business premises to work in – the Blacksmith’s shop in Rufforth, where we had to wash our hands afterwards in the water butt outside; remembering to break the ice on top first, in the winter! Then to the pub next door. 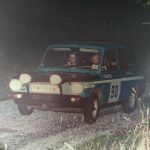 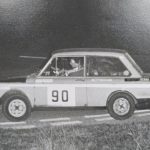 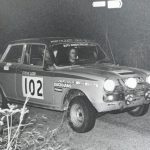 Living in York, at the centre of sunny Yorkshire, was a great place for someone having an interest in motorsports, and particularly rallying. The Lombard RAC Rally was often based in York or Harrogate, being handy for the Yorkshire Forests, Kielder, along with various stately homes for the grand spectator stages, etc. 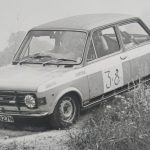 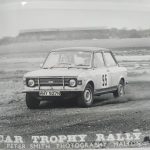 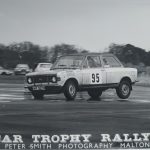 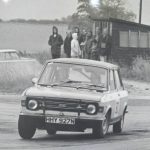 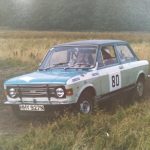 In 1975 or 1976 Peter and Steve volunteered themselves to the organisers, and asked if they could help an overseas crew. That year they helped a German crew from Kassel in a Simca 1100, including towing them back from a motorway services on the M5, after they terminally broke down! 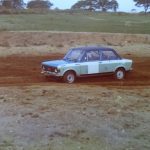 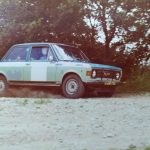 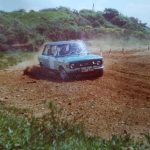 1976 – Peter Collinson continued his massive learning curve in motorsports – he was navigator to Ronnie Mackinnon in his Group 2 Vauxhall Firenza 2.3 on the Tour of Mull Rally- sadly their rally ended with the car off the road, on some rocks! However, the whole experience was a rare and special treat.

1978 – At the young age of 22 Peter moved from his birthplace in York to Carlisle, courtesy of employer Midland Bank, ready for new adventures and to continue learning. Although, the purchase of his first house hampered his own rally activities, due to lack of budget.

Current daily driver was now an Opel Ascona 1.9 – a car Peter crashed within the first week of ownership; it was a big step up in power from the Imp, and front engined/RWD, so there was much new to learn! (the first thrash in the lanes ended in a ditch, and an expensive lesson it was).

285 Warwick Road, only his for a year, before moving on, but a great house/home. 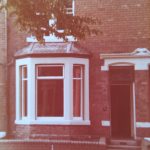 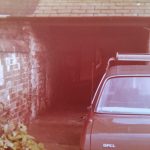 Buying a house meant there was no budget for personal rally activities, so along with good pal Steve Wood we again volunteered ourselves to the organisers of the 1978 Lombard RAC Rally, which started in Birmingham that year. We asked to help a foreign entrant and we were introduced to Uchiyama Motorsport of Hamamatsu, Japan. They entered 2 x Toyota Corolla TE27s for Imai Shigeru – Sakuma Takeshi and Ohba Seiji – Odagiri Noriyuki

We only met on the morning of the start, having just driven down from York, and our role was to navigate their service vans, with Japanese mechanics, around the route. They presented us with map books, which had the route drawn in, and road books/service schedule/tyre & fuel requirements, and off we went.

At the end of Day 2 (of 5 – it was Sunday to Thursday that year, 715,37 km of mostly gravel stages) we asked for the next map and route books – we were shocked to hear they hadn’t prepared those, as they didn’t expect to get that far!

So most of that night was spent by me preparing the next Leg’s route and service requirements, and similar the next night. Whilst we had hotels booked, I calculated I got 9 hours of sleep in a bed during the 5 days of the event. The rest was naps at Service Points and then when I finally got home after the Finish, I slept through for 16hours. 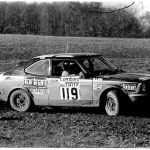