A capacity 41 car grid has turned out for the second Co-ordSport Tin Top Series race of 2019, again showing why this is one of the most popular and exiting series anywhere in British motorsport. The winner of the first race of the season is back in action. Tom Mensley drove a great race in the cold at Snetterton in his Renault Clio, just finishing ahead of the Peugeot 206 of Steve Simpson by 2.7 seconds after 40 minutes of racing.

The Silverstone International layout really is a power circuit, with the pit straight leading into the loop, the latest additions to the circuit that is ever changing. Out of the loop, the drivers will join hangar straight, old Silverstone where again engine power will be all important.

Andrew Windmill led the field over the first half of the race, pulling out a gap consistently quick laps. Snetterton Winner Tom Mensley in the Renault Clio was making ground with leaders having started back in 5th place, battling with the ageing but potent Proton of father and son Richard and Richard Field Jnr and the smaller capacity Peugeot 106 of Martin Addison. Unfortunately the charge of Mensley was short lived as the engine gave up in the Renault Clio, forcing retirement. Another notable retirement was Billy Hardy, in the ever-fast Vauxhall Corsa, suffering from a gearbox failure. 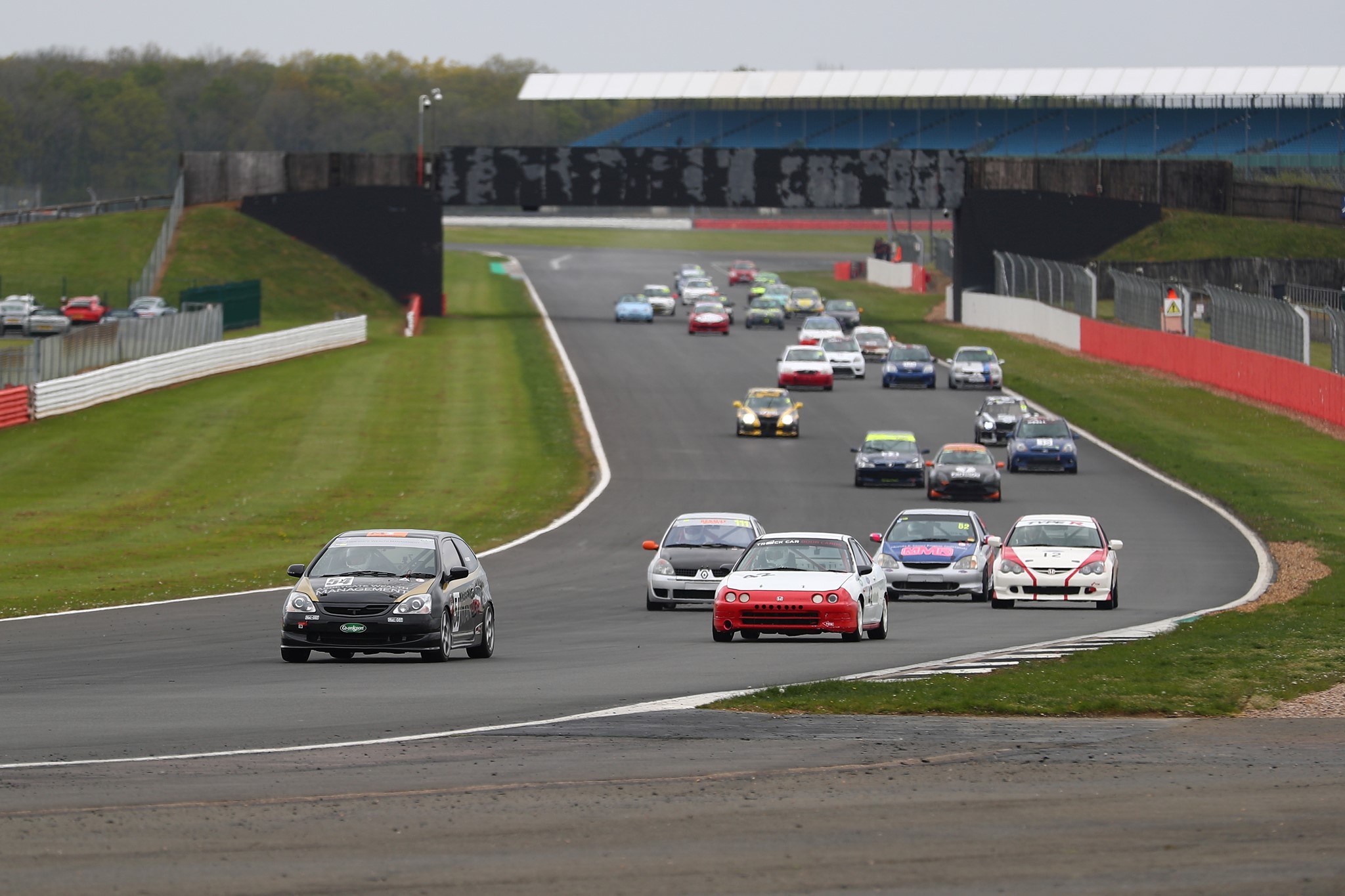 Further down the field youngster Thomas Horton made excellent progress, battling with many of the series regulars, working his way up from 34th on the grid to a very commendable 17th overall. As the pit stop window opened and many swapped to their second driver, the lead Honda Civic of Windmill pitted, but unfortunately the car refused to re-start and valuable time was lost, dropping him down the order. As a result Martin Addison took the lead, but the battle was not aver, as Windmill started his fight to get back into contention. Lap after lap Andrew’s Civic posted the fastest tunes. Other drivers on a charge were the ever smiling Manoj Patel (Honda Civic) and Shaun Ely in his little Peugeot 205, the latter had started 21st and worked his way up to 5th overall.

Peter Parking in the re-built Peugeot 306, after an accident at Thruxton last year, finished the race in a respectable 9th. The Field’s Proton managed to overhaul Patel in the Civic to take 3rd but, try as he might Andrew Windmill just couldn’t quite catch the Addison Peugeot and finished a stunning drive in second. Martin Addison kept his cool in the lead and finished the race in a very well earned 1st place. Ely’s performance saw him awarded Co-ordSport Driver of the Day Award. 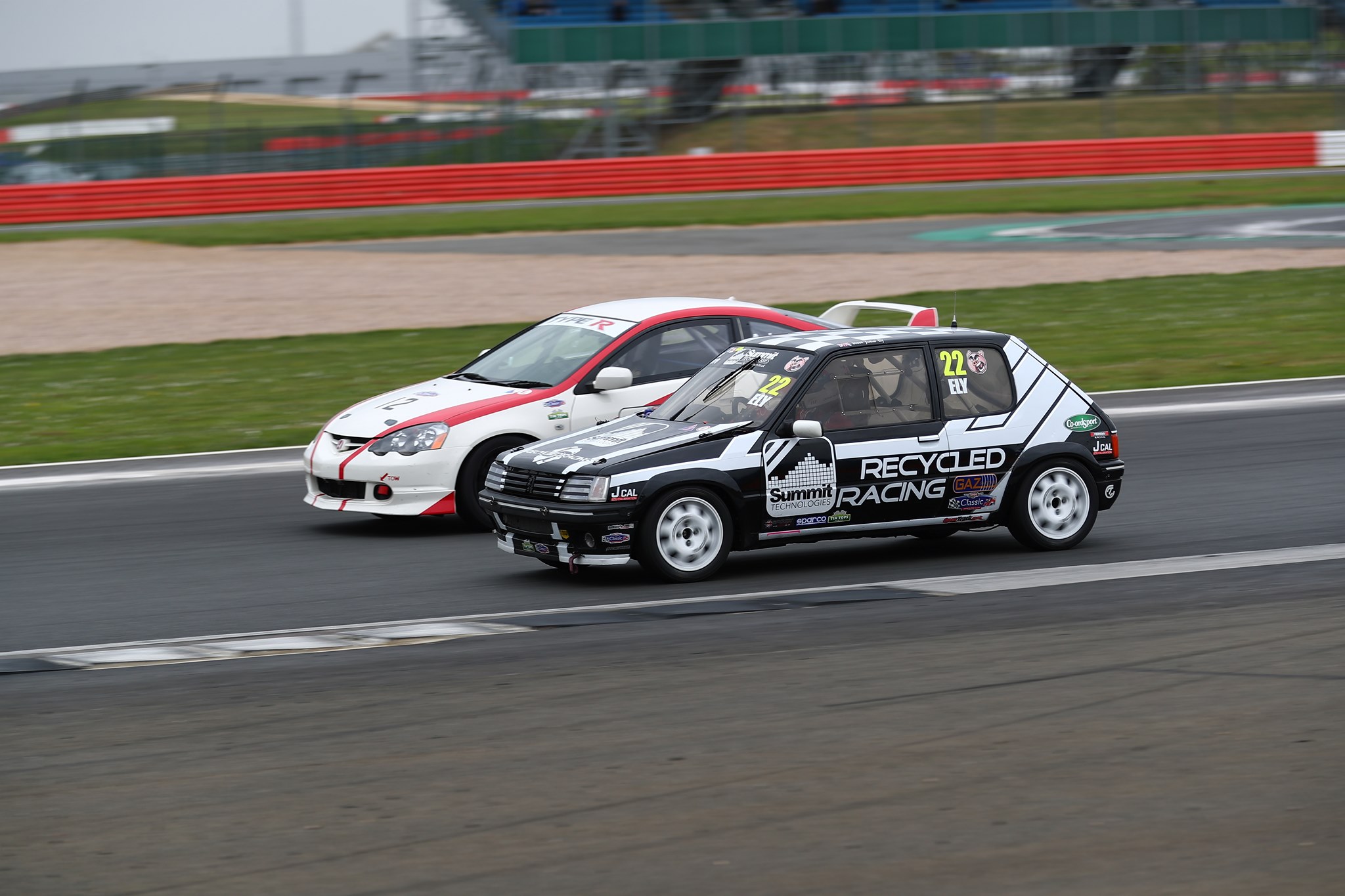 Congratulations on Martin Addison for taking 1rst Place in his Peugeot 106.

Click Here for tsl-timing’s results which contain positioning, lap times and much more information about the race in detail. 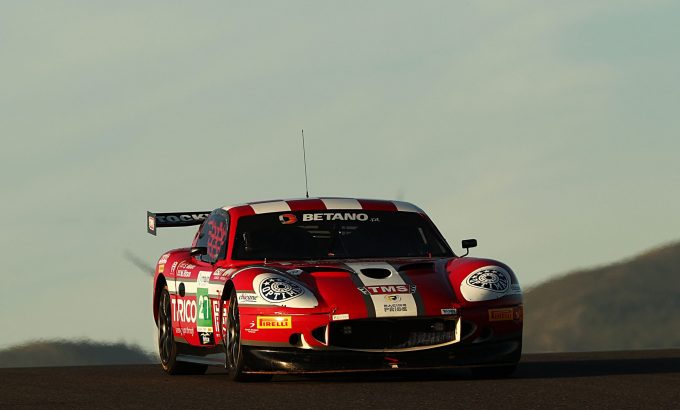