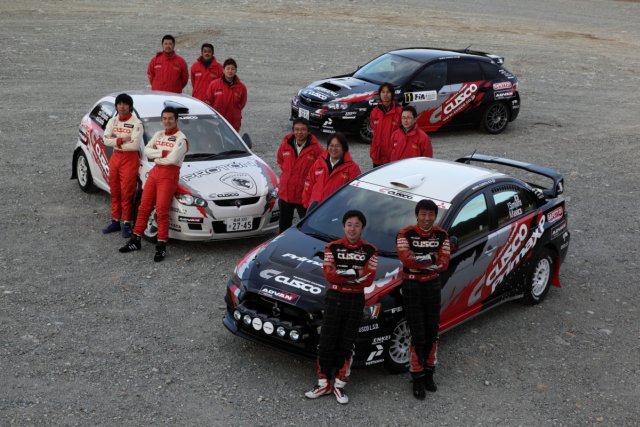 Our partners, Carrosser Co. Ltd, the company behind the Cusco brand. have announced the motorsport activity plan of Cusco Racing, the works team of the Japanese motorsport manufacturer, in 2011. The team returns to the FIA Asia-Pacific Rally Championship (APRC) as the team’s main target, but additionally Japanese Rally Championship (JRC) as series entrant too.

As already the team has announced to use Proton Satria Neo first time, 2010 Asia Cup winning team will tackle both APRC and Asia Cup using Group N4 machine, also JRC which meant the team will cover wide range of category from top level to entry level as team is seeking more appeal to motor sport or media globally.

Detail of Plans and Crew Line-up

Rifat Sungkar / Scott Beckwith: Mitsubishi Lancer Evolution X
Full of 6 round on APRC and 3 round of Asia cup

CUSCO RACING started fully competing to APRC in 2006. Since then the team has been gaining great achievements, including the Pacific Cup in 2008 (driver Dean Heridge), and also the Asia-Cup last year (driver Yuya Sumiyama). Additionally the team made superb result constantly to build firm evaluation within the series.

With the JRC, the team has been involved with the series since the establishment of their company, Carrosser Co. Ltd. and has been producing a number of Japanese champions. The team will fully join the series for the first time since 2007.