For racers who need the pinnacle of piston technology and performance in their engines, JE’s custom line has long been the go-to option, as it gives builders the freedom to spec out their pistons exactly how they need them. But that clean-sheet approach isn’t always a benefit to the builder, as it requires a level of expertise on their end that can create some hurdles.

“A lot of people don’t really feel comfortable doing a fully custom piston – there’s just so many features, and they’re very specific to different racing disciplines,” says Nickolaus DiBlasi, Director of Product Management for JE Pistons. “A lot of times we’ll get custom orders for pistons for a big turbo motor and the form will have a bunch of features on it for a naturally aspirated, NASCAR-style engine. And we’ll also get the inverse – racers that are building really light weight, high-revving circle track-type motors, but they’ll put a whole bunch of features on it that are forced-induction specific.” 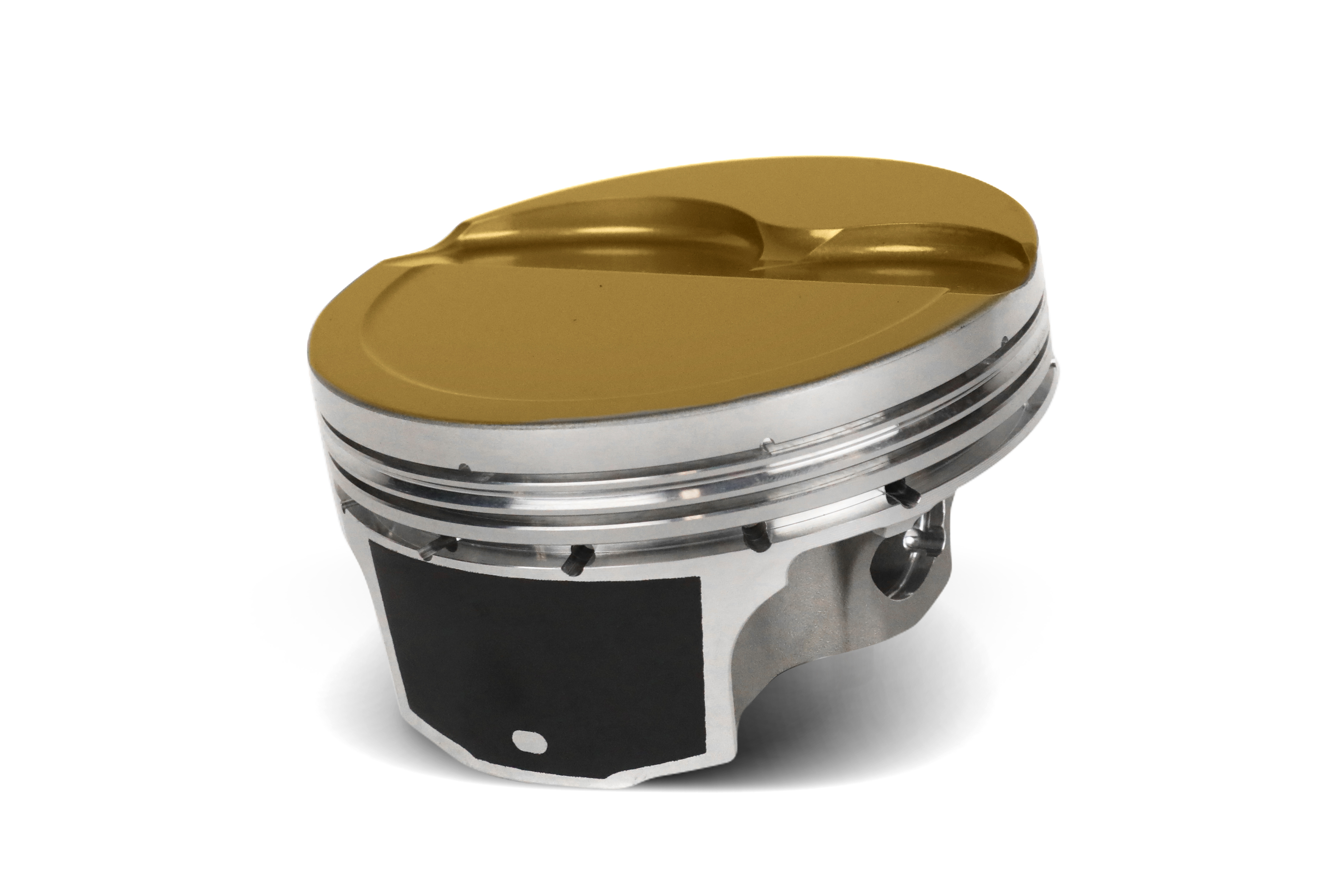 JE sought to find a way to cut down on the confusion, and that’s where the Ultra Series comes in. “It stems from our custom line,” DiBlasi tells us. “We’re taking all the best and most commonly asked-for features of our custom pistons and packaging them into a catalogue application. To be honest, in some ways these are actually more advanced than our custom pistons because the Ultra Series pistons have features that can’t be found anywhere else in our product lineup.”

“These are for the guy who wants the most fully-featured and robust piston they can get without getting into the complexities of a fully custom piston,” DiBlasi explains. “We have a lot of experience in this space, and we know what combinations and features work best in these applications. So with the Ultra Series, we’re basically doing all the heavy lifting on the design side so the builder doesn’t have to.” 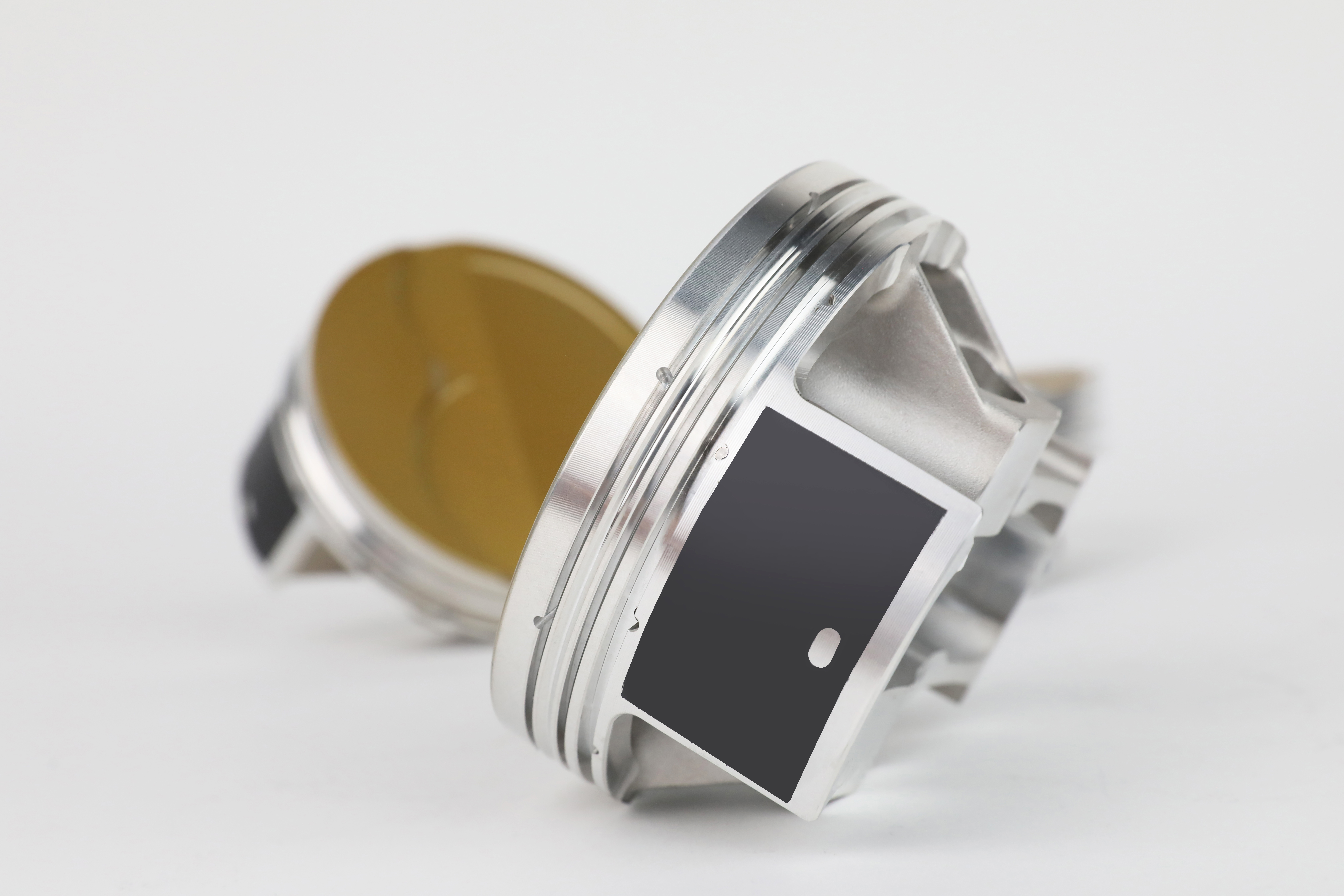 “JE’s revolutionary Perfect Skirt coating is one of the many technologically advanced aspects of the Ultra Series. It protects the piston skirts, reduces friction, while eliminating cold-start piston slap and false knock on computer-controlled engines”

Ultra Series pistons are brimming with premium features and proven technologies that work in concert to provide racers with a winning formula.

“The ceramic crown treatment is a spray-on coating that’s baked on to the piston,” says DiBlasi. “That coating reflects the heat of the combustion away from the piston, and that enables you to run at really, really high heat levels without the piston pulling in all the heat and softening. If we can keep the heat off the crown of the piston, it’s going to live significantly longer.”

While the ceramic crown coating helps to manage heat, the lateral gas ports on the Ultra Series pistons help to achieve the best ring seal possible. “Vertical gas ports have a tendency to get clogged and cause premature ring failure,” DiBlasi notes. “A lateral gas port doesn’t apply the same amount of pressure but it’s a lot more pressure than you’d have without them, and your rings won’t wear out as quickly. It’s kind of the best of both worlds – excellent ring seal paired with longevity.”

The accumulator grooves found on the Ultra Series pistons (and elsewhere in the JE lineup) are essentially notches in the material between the top and second ring to reduce pressure build up. “Because of the added volume, the pressure caused by any gases that pass by the top ring are reduced, and that prevents the top ring from being unseated. It’s a nice machine feature that we’ve being using for a while now to get additional ring seal.”

The Ultra Series also features JE’s Perfect Skirt technology, a coating which conforms to the bore size, in turn allowing for much tighter clearances without cold piston slap while also reducing friction.

While the Ultra Series pistons pack no shortage of high-end features, it’s the unique forging process that’s used exclusively on this line which is perhaps the most interesting element of their design, a breakthrough technology that strengthens the piston at the material level.

“The traditional forging process used by JE – and any other piston manufacturer on the planet – involves pressing an aluminum puck into a form,” DiBlasi says. “During that process, you only get some of the grains to align with the shape of what you’re trying to do. But we’ve come up with a new process that enables us to have 100% of the grains completely aligned with the shape of the forging.”

Like wood, metal has a grain to it, and you want the forces applied to that material to be aligned with the grain rather than against it. Using a proprietary forging process called Grain-Flow Optimization, JE engineers are now able to precisely control metal grain direction around key structural elements of the piston. This process yields significant strength improvements, and an exceptionally robust part overall.

“When you’re working with wood and you have something that’s against the grain and something that’s with the grain, you’ll notice that it’s extremely strong in one direction and yet only mildly strong in the other,” DiBlasi says. “When you’re able to align the grains, it keeps the structure as strong as possible because you’re putting them in a position which is the same direction that you need the part to be the strongest in. You don’t really get that kind of control in a traditional forging process.”

DiBlasi also notes that this unique forging process allows for some interesting engineering options as well. “If you choose to maintain the same thickness of the forging that you’d normally do, the strength will be increased somewhere around twenty percent. But for applications where weight reduction is a priority, you can actually reduce the thickness of the part and make it lighter while maintaining the same level of strength you’d have with a piston made using a traditional forging process.”

He points to JE’s strong vertical integration is part of the reason the company is able to provide a forging method that’s wholly unique within the industry. “The aluminum foundry is producing the material to our specification and our shape, and from raw material to finished product, we’re controlling the entire process.”

While choice typically isn’t a bad thing, it can become a problem when the range of options is so vast that it ends up impacting on-the-shelf parts availability. “Because of that, we took a look at all the applications that we’re offering and considered all the specific bore sizes that make sense,” DiBlasi says.

“Some companies might make every single bore size known to man, but they’re not really looking at what builders are actually doing. With an LS3, for instance, there’s really only three bore sizes that everyone uses, but some manufacturers will make ten bore sizes just for that application. What we’re doing is looking at what people are actually racing with and making products available to those needs. By doing that we can have more product on the shelf in the sizes and compression ratios that folks actually want, rather than having five hundred different applications and maybe one of each available at any given time. That way we can make sure that these folks get their pistons when they want them.” 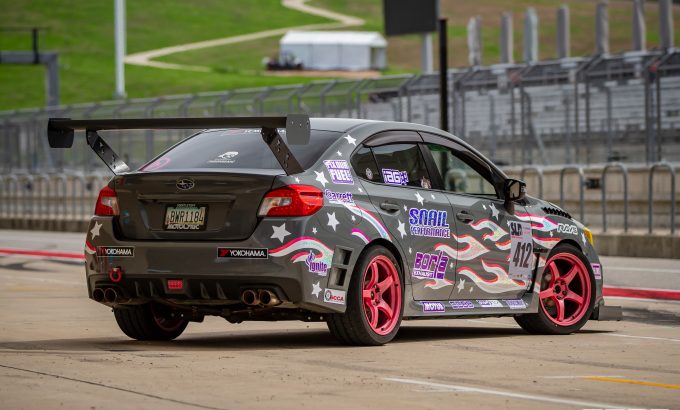 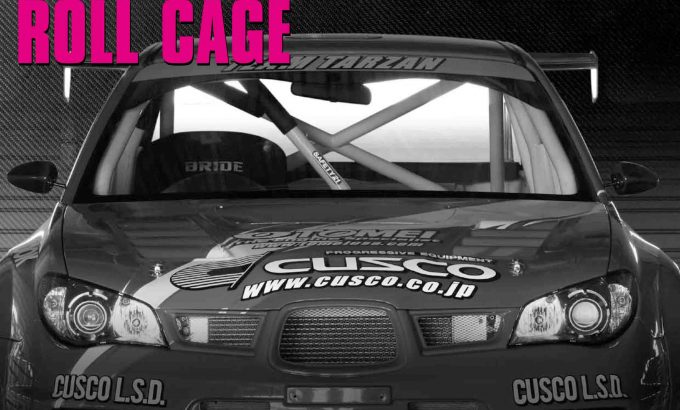 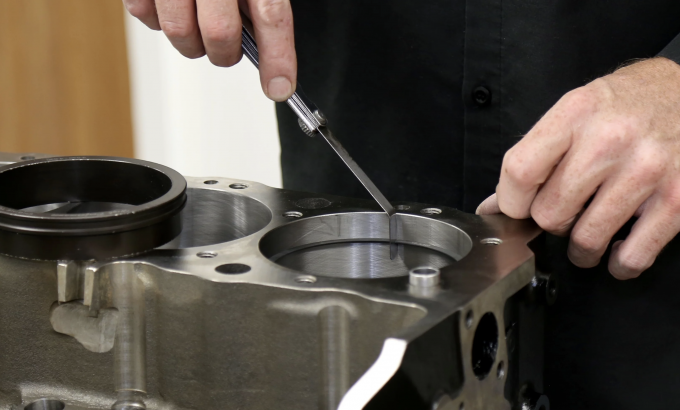 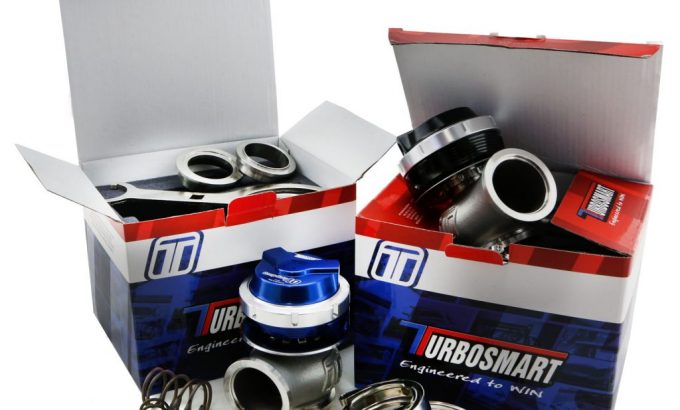