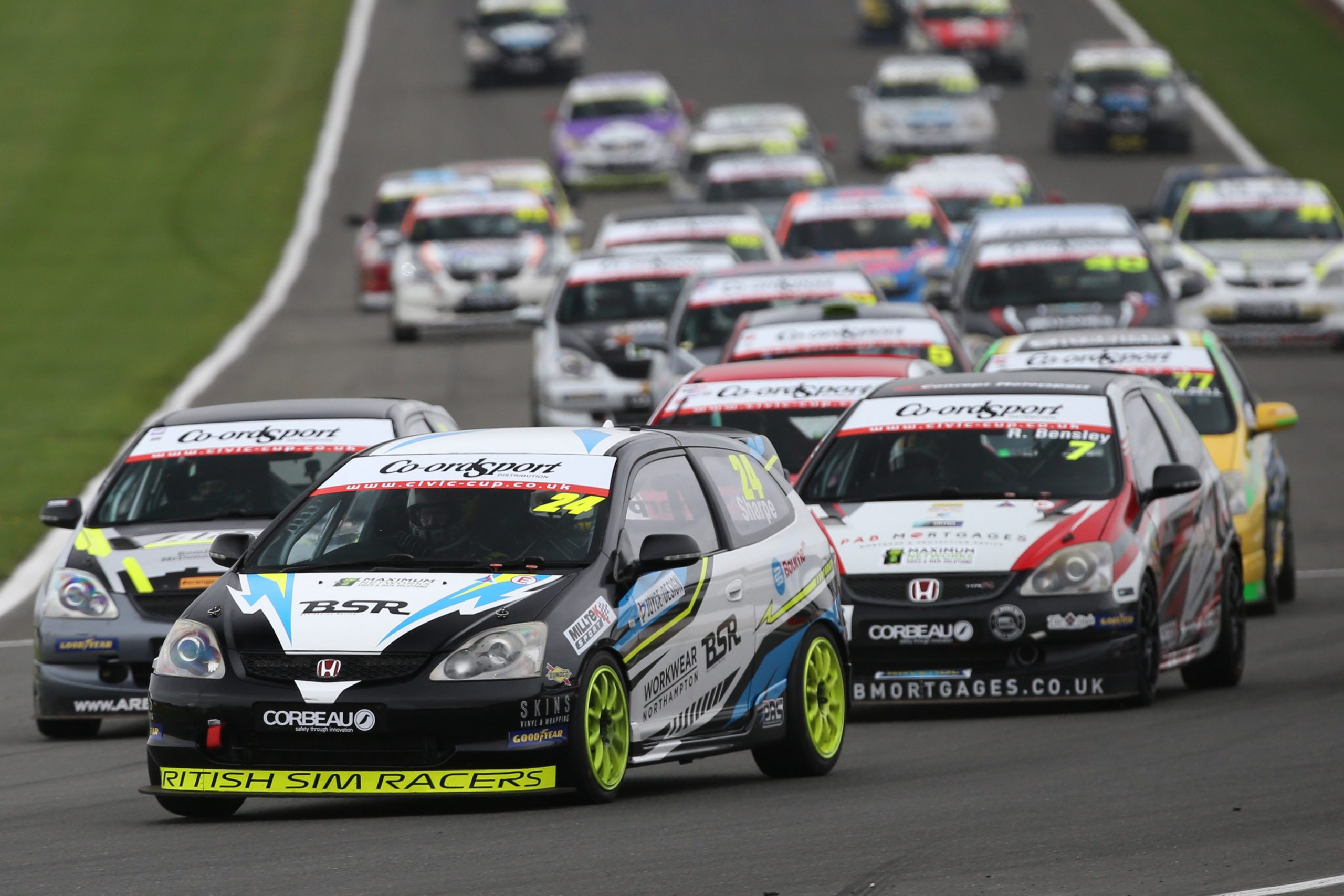 The 2021 Milltek Sport Civic Cup enjoyed its biggest grid of the year on August Bank Holiday Monday when 33 cars entered rounds 10 of 11 of the championship at Donington Park. Ben Sharpe drove to an impressive Cup Class and outright victory in the first of the two scheduled races, having been chased hard throughout by second and third-placed drivers in the championship Alistair Camp and Matt Luff.

The Production Class was won by championship first-timer Travis Coyne, with again, the top two drivers in the championship Alfie Threlfall and Mervyn Beckett finishing second and third respectively.

The largest entry of the year so far was always likely to see a hectic qualifying session – and with less than a second separating the top eight, that was certainly the case around the Donington Park National circuit. Best at finding a clear track was Camp, who put his Area Motorsport prepared Civic on pole – but only just, as Sharpe in his privately-run example was second just 0.002 second behind. Jamie Tonks and Matt Luff were next – both also driving Area Motorsport run Hondas.

Coyne, driving his JamSport Civic, showed his later intentions by going fastest in the Production Class, followed closely by Beckett and then Threlfall – both in MJ Motorsport run cars.

When the lights went out, it was Camp who hooked things up best followed by Sharpe and Luff. Behind them, the vision of the 30 cars that followed as a solid block of Civics was a sight to behold.

Positions up front were retained during the opening lap, but when Camp ran wide on the exit of Redgate and then again at the Old Hairpin at the start of lap two, Sharpe seized the moment and edged past. The exchange backed the leading three into the clutches of the chasing pack, which was headed-up by Morgan Bailey in his MJB Motorsport car.

What then followed was an outstanding display of on-the-limit driving between the leading group, the top three managing to pull away from the peloton forming behind. And whilst Bailey was able to fend off the rest, it was Jamie Tonks and George-Alp Williams who were in the ascendancy and made up the rest of the top six during the race.

With a fierce battle raging at the front of the field, it was perhaps surprising that no paintwork changed hands and positions didn’t change – although on the approach to the Fogarty Essess on the very last lap they nearly did when Sharpe – who had been ace-ing the chicane on every lap – cut across the gravel after his brake pedal went to the floor. Fortunately, the chequered flag was just a few meters away, enabling the round four winner to cross the line to take his second victory of the season.

Coyne was the class of the Production category field, taking many of the championship regulars by surprise. However, with this, the JamSport driver’s debut in this championship, the likes of Threlfall, Becket and fourth-placed Mark Hughes were focussing on championship points rather than the top step of the podium.

Taking place alongside a range of other championships and a huge car show meant a busy timetable on the day and due to some of the other sessions over-running, the circuit curfew of 7.00pm arrived a little too soon to enable the second Milltek Sport Civic Cup race to take place.

Consequently, organisers are planning to hold round 11 at the final meeting of the year when the championship heads to Snetterton in October. In the meantime, rounds 12 and 13 will take place at Brands Hatch on 26th September.

“That was an amazing race. Once I got ahead it was a case of managing the gap. I thought it was all over when I lost the brakes, as I didn’t realise it was the last lap. So it was a big relief when I looked up and saw the chequered flag. It was great to be on the pace at the front of the field and then to take the win was fantastic.”

“I was lucky at the start, managed to keep away from the traffic and get ahead. It was quite a difficult race, as the Civic Cup is new to me. It’s a really friendly paddock and a nice environment to be in. I’ve really enjoyed it and the result means a lot. I have to thank the JamSport team for their support, who have worked hard to get me here and enabled me to pick up the win.” 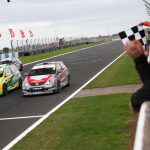 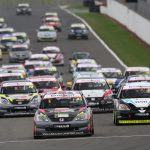 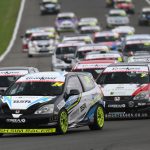 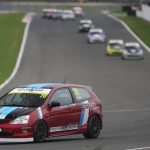 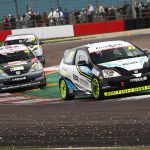 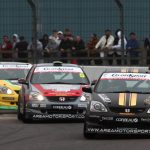 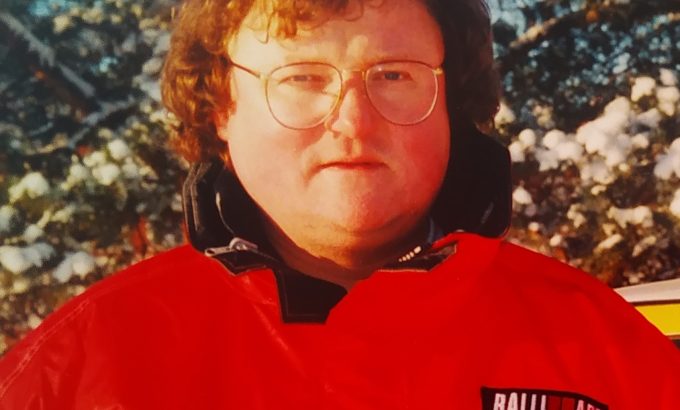 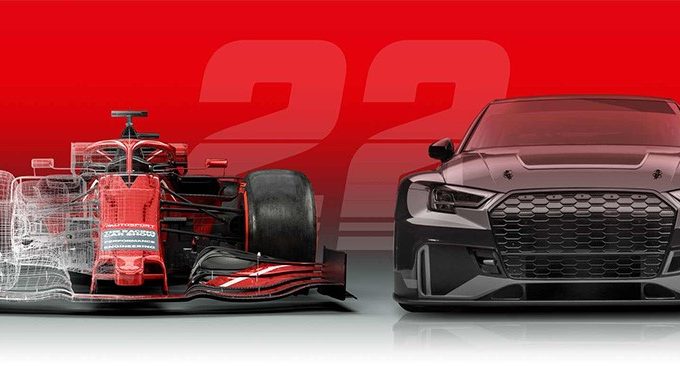 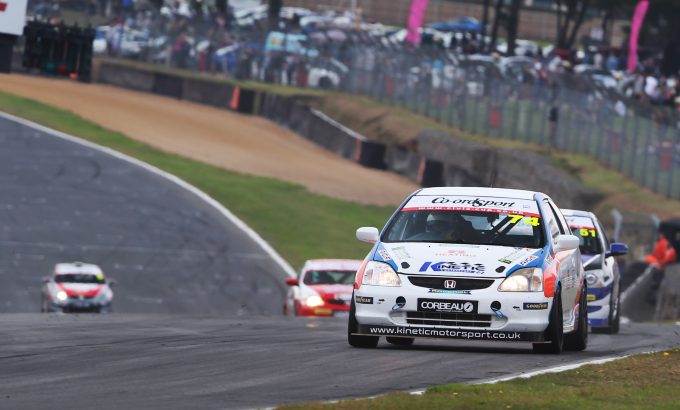 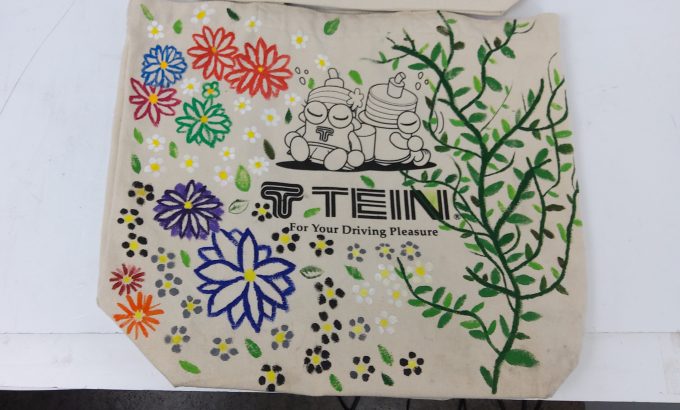