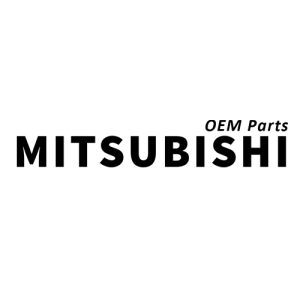 Mitsubishi’s automotive origins date back as far as 1917, when the Mitsubishi Shipbuilding Co., Ltd. introduced the Model A, Japan’s first series-production automobile. An entirely hand-built seven-seater sedan based on the Fiat Tipo 3, it proved expensive compared to its American and European mass-produced rivals, and was discontinued in 1921 after only 22 had been built.

In 1934, Mitsubishi Shipbuilding was merged with the Mitsubishi Aircraft Co., a company established in 1920 to manufacture aircraft engines and other parts. The unified company was known as Mitsubishi Heavy Industries (MHI), and was the largest private company in Japan. MHI concentrated on manufacturing aircraft, ships, railroad cars and machinery, but in 1937 developed the PX33, a prototype sedan for military use. It was the first Japanese-built passenger car with full-time four-wheel drive, a technology the company would return to almost fifty years later in its quest for motorsport and sales success.

Immediately following the end of the Second World War, the company returned to manufacturing vehicles. Fuso bus production resumed, while a small three-wheeled cargo vehicle called the Mizushima and a scooter called the Silver Pigeon were also developed. However, the zaibatsu (Japan’s family-controlled industrial conglomerates) were ordered to be dismantled by the Allied powers in 1950, and Mitsubishi Heavy Industries was split into three regional companies, each with an involvement in motor vehicle development: West Japan Heavy-Industries, Central Japan Heavy-Industries, and East Japan Heavy-Industries.

East Japan Heavy-Industries began importing the Henry J, an inexpensive American sedan built by Kaiser Motors, in knockdown kit (CKD) form in 1951, and continued to bring them to Japan for the remainder of the car’s three year production run. The same year, Central Japan Heavy-Industries concluded a similar contract with Willys (now owned by Kaiser) for CKD-assembled Jeep CJ-3Bs. This deal proved more durable, with licensed Mitsubishi Jeeps in production until 1998, thirty years after Willys themselves had replaced the model.

By the beginning of the 1960s Japan’s economy was gearing up; wages were rising and the idea of family motoring was taking off. Central Japan Heavy-Industries, now known as Shin Mitsubishi Heavy-Industries, had already re-established an automotive department in its headquarters in 1953. Now it was ready to introduce the Mitsubishi 500, a mass market sedan, to meet the new demand from consumers. It followed this in 1962 with the Minica kei car and the Colt 1000, the first of its Colt line of family cars, in 1963.
West Japan Heavy-Industries (now renamed Mitsubishi Shipbuilding & Engineering) and East Japan Heavy-Industries (now Mitsubishi Nihon Heavy-Industries) had also expanded their automotive departments in the 1950s, and the three were re-integrated as Mitsubishi Heavy Industries in 1964. Within three years its output was over 75,000 vehicles annually. Following the successful introduction of the first Galant in 1969 and similar growth with its commercial vehicle division, it was decided that the company should create a single operation to focus on the automotive industry. Mitsubishi Motors Corporation (MMC) was formed on April 22, 1970 as a wholly owned subsidiary of MHI under the leadership of Tomio Kubo, a successful engineer from the aircraft division.
The logo of three red diamonds, shared with over forty other companies within the keiretsu, predates Mitsubishi Motors itself by almost a century. It was chosen by Iwasaki Yatarō, the founder of Mitsubishi, as it was suggestive of the emblem of the Tosa Clan who first employed him, and because his own family crest was three rhombuses stacked atop each other. The name Mitsubishi is a portmanteau of mitsu (“three”) and hishi (literally, “water chestnut”, often used in Japanese to denote a diamond or rhombus).
Read more