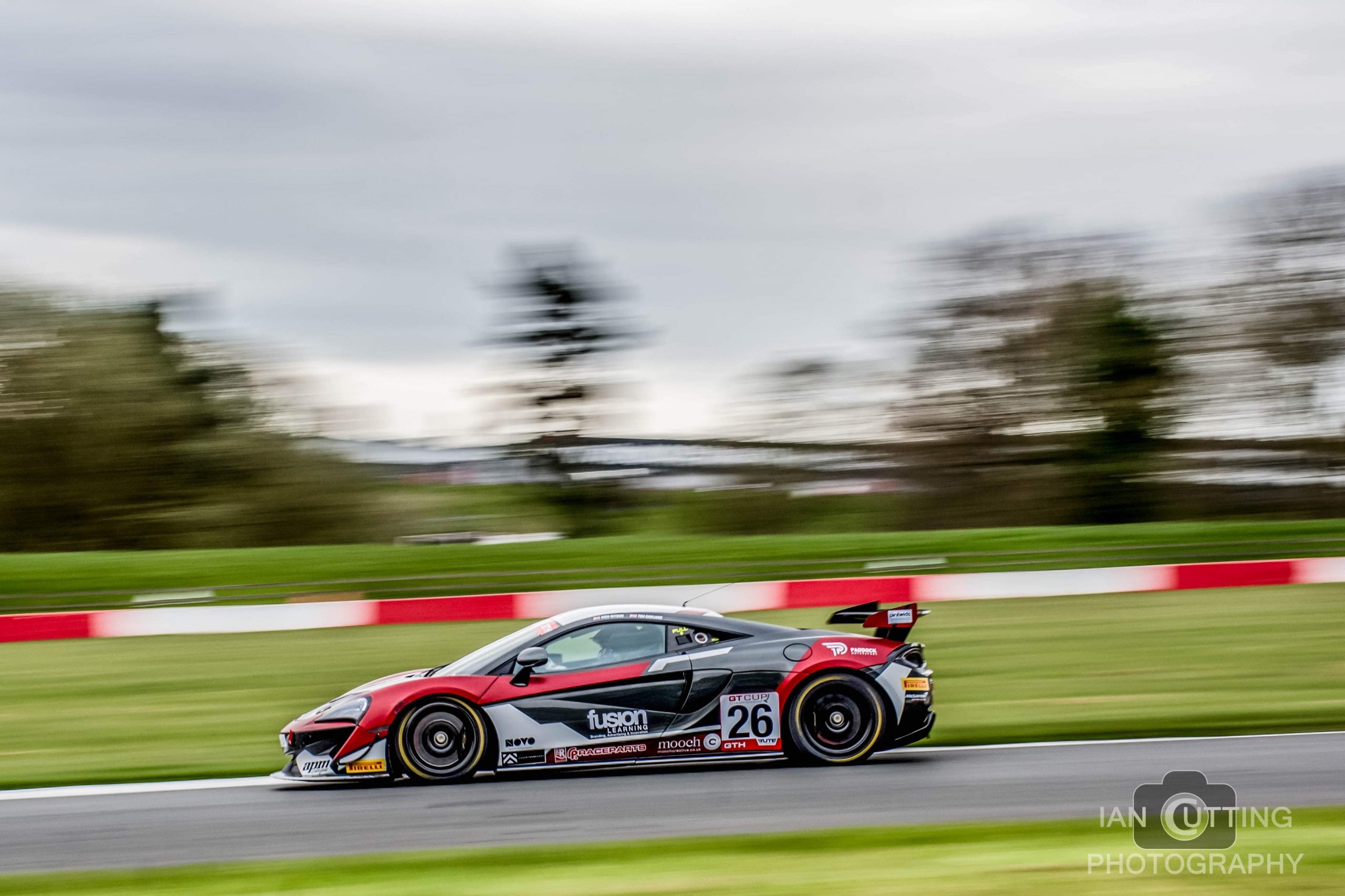 The 2021 GT Cup Season exploded into action last weekend at Donington Park where Paddock Motorsport, making their GT racing debut with a pair of McLaren 570 GT4’s, made a big impression bringing home silverware with two class podiums thanks to debutants Moh Ritson and Tom Rawlings.

Saturday morning’s qualifying session saw Moh Ritson grab a solid P4 starting position in his very first qualifying after running inside the top 2 for most of the session. Meanwhile the sister car, driven by Steve Ruston, suffered an issue with the car’s timing transponder forcing him to stop for repairs during the session and eventually salvaging P9 on the grid for the sprint race.

From P4 on the grid, Ritson made a great start instantly claiming P3. However contact mid-race with the Valluga-run Porsche Caymen sent Moh wide onto the grass out of Redgate corner thus tumbling down the order eventually recovering to P7. Meanwhile Ruston, starting P9 set out to make amends for qualifying and quickly made his way up the order, putting in a calculated drive and showing bravery with a daring move around the outside of turn 1 to claim P6.

Both Paddock cars escaped unscathed from the melee at the start and quickly set about chasing down the leaders. Ritson, starting the race for car 26, quickly gained 2 spots to take third in class. A race long battle with inexperienced drivers in cars from the more powerful class hindered Moh’s progress but after aggressive moves to clear the slower drivers, he quickly set about chasing down the GTH class leaders. A polished move down the inside of the number 1 McLaren of Orange/Jackson and a drive-through penalty for the leading Aston Martin, saw Ritson take the lead heading into the pitstops. Unfortunately, the McLaren of Orange/Jackson was then able to leapfrog Paddock Motorsports young duo during the pitstop leaving Tom Rawlings now at the wheel and in pursuit of the leader. A very mature and composed drive by Tom, who only sat in the car for the first time on Thursday, brought the car home in second place to gift Paddock Motorsport their first ever podium finish.

Car 44 was enjoying a strong race holding position inside the top 5 with Whitehouse at the wheel, before being heavily delayed in their pitstop, ruining their chances of a strong finish. With Ruston at the wheel, he demonstrated the potential that car 44 had with lap times matching the leaders, but could not recover the time lost, eventually crossing the line in P12.

Qualifying for Sunday’s sprint race saw Tom Rawlings and John Whitehouse take the wheel of car 26 and 44 respectively. A very impressive Whitehouse posted one of his strongest qualifying results with P4, beating a host of pro and semi-pro drivers. Rawlings, who had never driven on brand-new Pirelli tyres before was forced to learn on the job, posting a very respectable P8 starting position.

A blistering start by Rawlings saw him vault up to P4 on the opening lap, with Whitehouse following suit in P5. Rawlings continued his drive to the front with a commanding move into P3 in the closing stages of the race to claim the team’s second podium of the weekend. John Whitehouse, backed up his qualifying performance with a faultless drive to P6 despite battling with severe visibility issues when another car dropped oil on his windscreen.

Starting on the front of the grid, Rawlings jumped into the lead on the opening lap and set about building enough of a gap to overcome the 15 second pitstop success penalty issued for the team’s previous endurance podium finish. Car 44 driven by Ruston was firmly in the hunt inside the top 5 and closing down on the leaders. Heading into the pitstops for the driver change and with two of the cars in front expected to serve success penalty’s, a podium was on the cards for Ruston/Whitehouse.

Both Paddock cars were caught out by an ill-timed safety car during the pit window undoing all of the hard work done by both teams and with the field now bunched up and car 26 forced to serve a 15-second success penalty, they dropped from the lead of the race to P11. Meanwhile, Car 44 now in the hands of Ruston dropped out of podium contention to P8. The remaining 15 minutes of the race became a mission of damage-limitation for both teams. Ritson and Ruston both managing to put in impressive lap times, with Ritson recovering to P8 at the flag, crucially ahead of their nearest championship rivals, while Ruston suffered a further setback when he was issued with a 15-second penalty for a track-limits violation demoting them down to P11. The results certainly did not match the performance as both cars showed pace that deserved to on the podium.

Overall, the first event of the season was a success for the team founded by British GT Champions Martin Plowman and Kelvin Fletcher. Competing against some of the best GT teams in the country, Paddock Motorsport proved that they were very comfortable in the challenging race weekend environment and took great pride in providing 100% reliability and bringing home silverware in its very first outing.

Next round of the GT Cup will be held at Brands Hatch on May 1st.

“I absolutely loved every second of it. The car felt great and despite it being a brand new team, everything felt so familiar and the whole weekend flowed. Everyone did a great job to give us a fast and reliable car. I can’t wait for the rest of the season!”

“The results may not have gone our way this weekend, but the ingredients are there for a great season. I’m excited to be a part of a professional, enthusiastic and well supported team. We race as one and believe in each other, so I’m confident it wont be long before we get back to winning ways.” 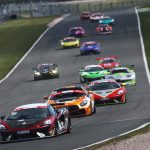 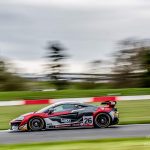 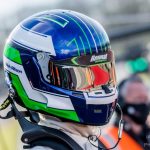 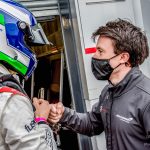 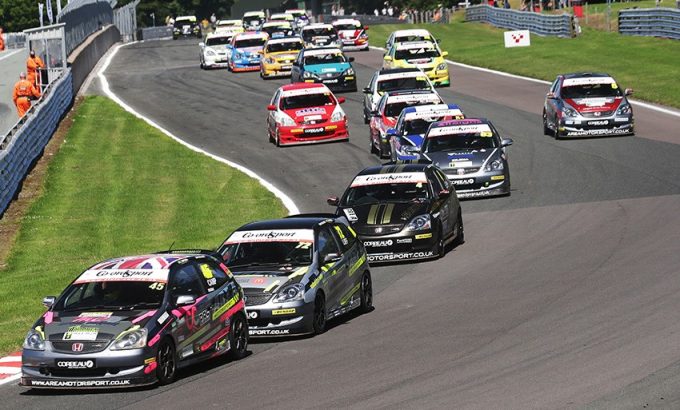 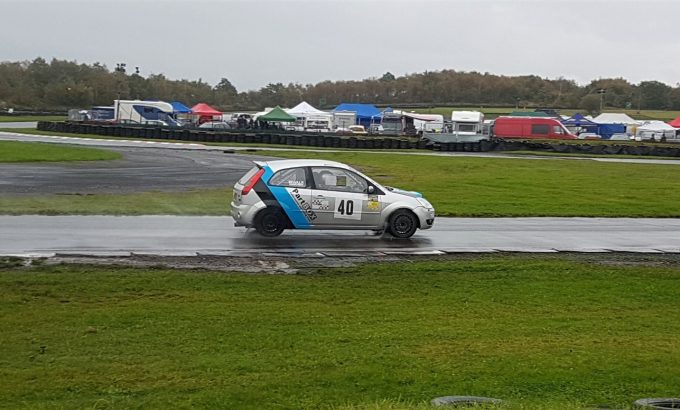