It was another action packed weekend at Oulten in the hot summer sun last Saturday (July 16th). In the first race however there was a red flag during the 3rd lap which sadly brought the race to a premature halt. The second race did run to it’s full 15-minute long conclusion.

The results as the championship reaches its half-way point sees Camp lead in the Cup class drivers’ standings from Luff. Whereas in the Production Category (for cars with fewer modifications) another two podiums for Alfie Jeakins sees himself and Marshall share top spot, ahead of Hounsell in third. 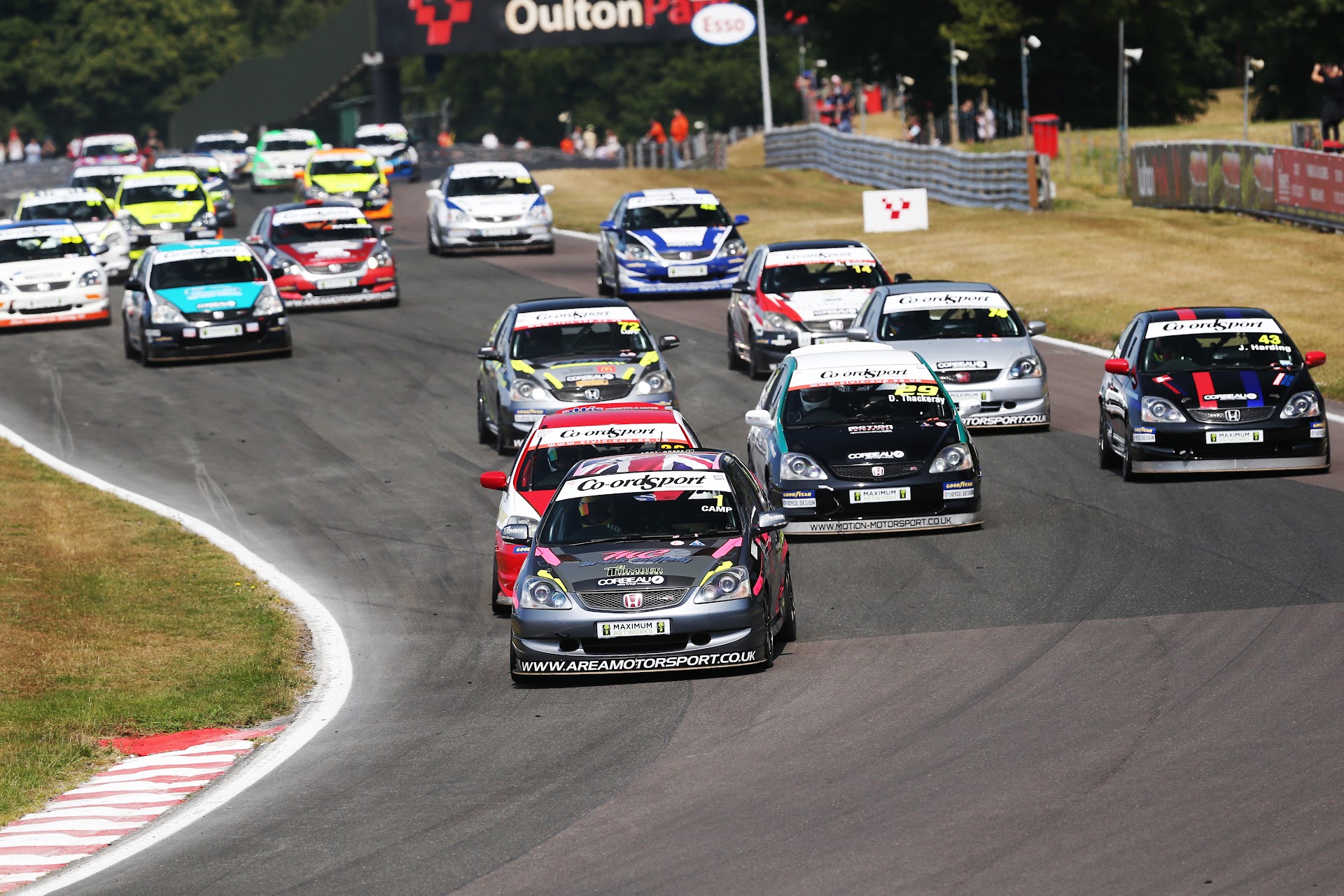 Carrying on his fine form from winning his last 2 races at Brands Hatch, Camp was again on pole for the first of the races on the day. Only marginally however, as Jack Harding was chasing him down the whole way, missing out by nine-hundredths of a second.

Of the Production Class runners, it was Hounsell who was quickest, he however would start from the back of the grid due to a technical infringement. Meaning it was Marshall who was starting P1

Making the most of the advantage, Camp made a strong start after lights out. On the other end of things, Harding lost a few places after he was hesitant in the getaway. This allowed both Bailey and Dan Thackeray to ease past going into the first corner.

Behind the front four were several drivers (Rob Butler, Ryan Bensley, Luff, Will Redford, Max Edmundson and Harvey Caton) who were battling for the remaining top 10 positions. Despite being hounded by Bailey, Camp had managed to keep a hold of his lead on the second lap. Harding even managed to squeeze past Thackery and into the third place before the start of lap three.

Heading into the chicane, there was evidently something wrong with Josh Brennan’s brakes, which forced him into hitting the grass and gravel in an effort to avoid the other cars ahead of him. Sadly, the car made contact with the outside barriers which caused the vehicle to roll onto its side. Thankfully Brennan was unharmed.

Now that the maintenance team were carrying out much needed repairs, it meant that the race wouldn’t restart. So, all positions were based on the standings after lap 2. 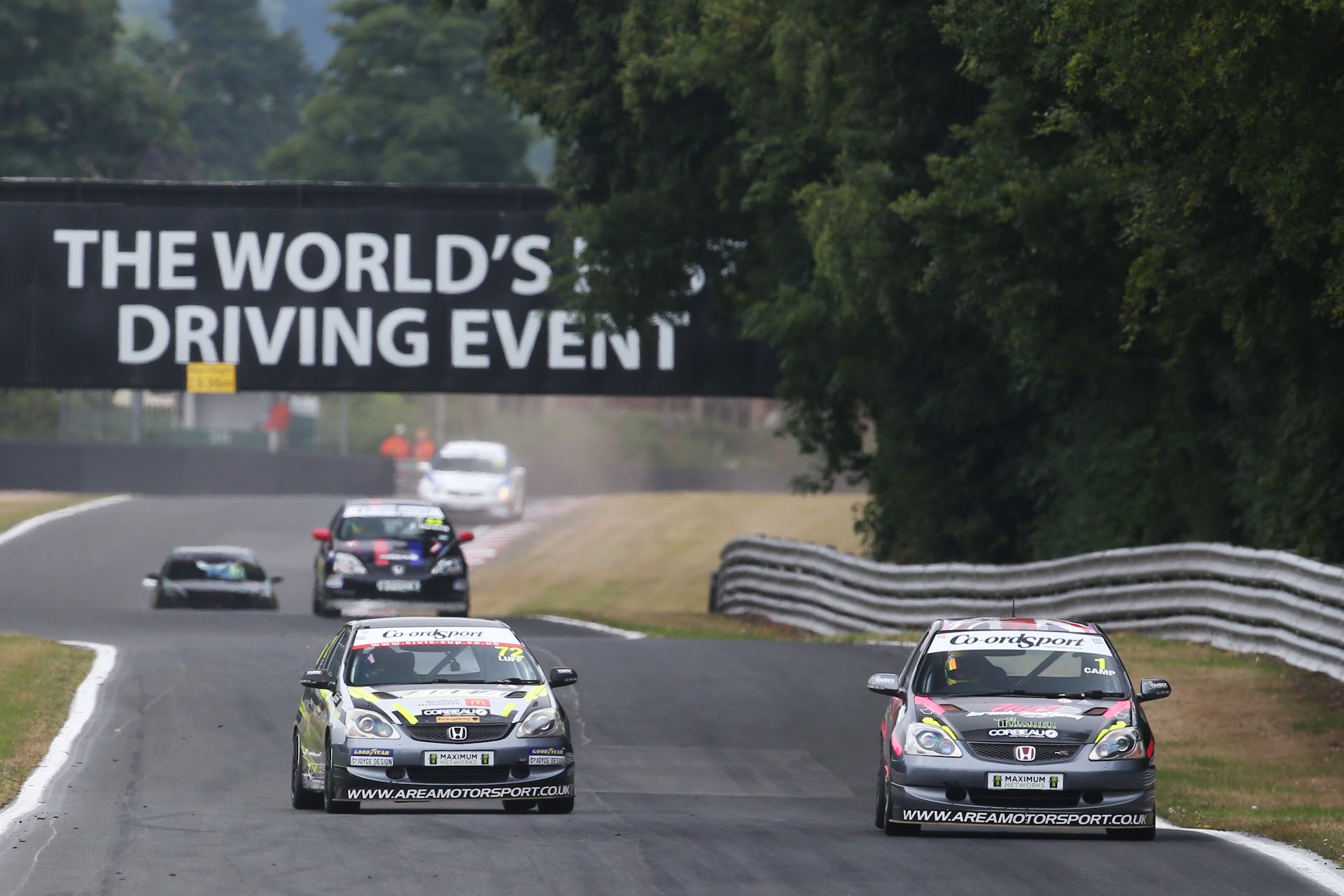 Alistair Camp had the following to say.  “It’s great to come away from this weekend with a pole position, fastest lap and a win. My aim is just to keep scoring points and focus on the championship. I could have perhaps made it onto the podium in race two but I didn’t want to risk it as it was such a close race and I’m happy to come away from the event leading the championship. I’ve not been to Castle Combe before, so that should make things interesting!”

For the Production Class, the top 3 mirrored the top 3 in qualifying, seeing Marshall record his first victory of the season.

For the second race of the day, the grid was determined by the top finishers from the first race, but in reverse order. However, after applying multiple penalties it was the 16-year-old Harvey Caton who found himself on pole.

He added to the perfect start by pulling ahead of the pack while those behind battled tooth and nail for positions.

This action, being bumper-to-bumper, was maintained for the next two laps. As the temperature was rising it become increasingly obvious that grip was becoming more of an issue, as was braking. Caton then slid wide on lap 3 on the exit of Cascades, allowing Edmondson to take advantage and overtake. Luff followed suit in the chicane to claim second place. 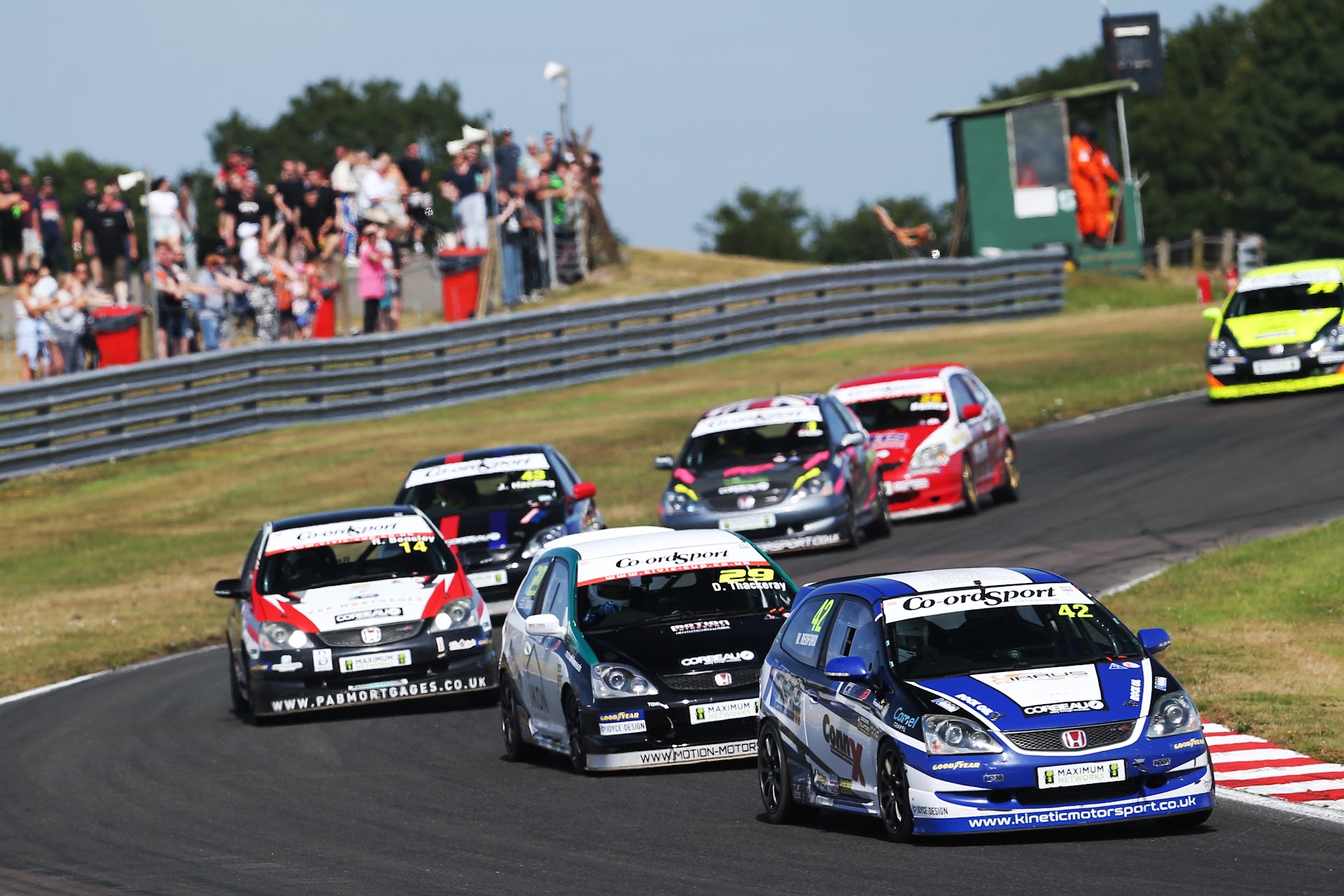 Redford and Butler clashed on the next lap, creating subsequent wheel and tyre damage, this forced them both out early. But the conditions didn’t stop there as they claimed yet another victim, with Edmundson falling victim this time as he slid wide. Not needing another invitation, Luff snatched the lead and held it till the very end.

For the rest of the race the focus was solely on the intense fight for the rest of the top 10. Every corner there was a position change. But then the chequered flag emerged and once the dust had settled it was Harding who had claimed second. Bailey, Camp, Edmondson, Rounded out the top 4.

Following the race Matt Luff had this to say. “After the start, I knew I had to get past the cars ahead of me if I was going to stand any chance of taking the win. Once I was in front I could pull out a gap and having heard it was pretty frantic behind me, I was pleased to have done that. After finishing on the podium four times this season, it’s great to finally score a win and to head into the second half of the season in contention for the title.”

For the Production Class it was also another hotly contested fight. Hounsell registered his second win of the year, ahead of Jeakins, Marshall, and Hughes. 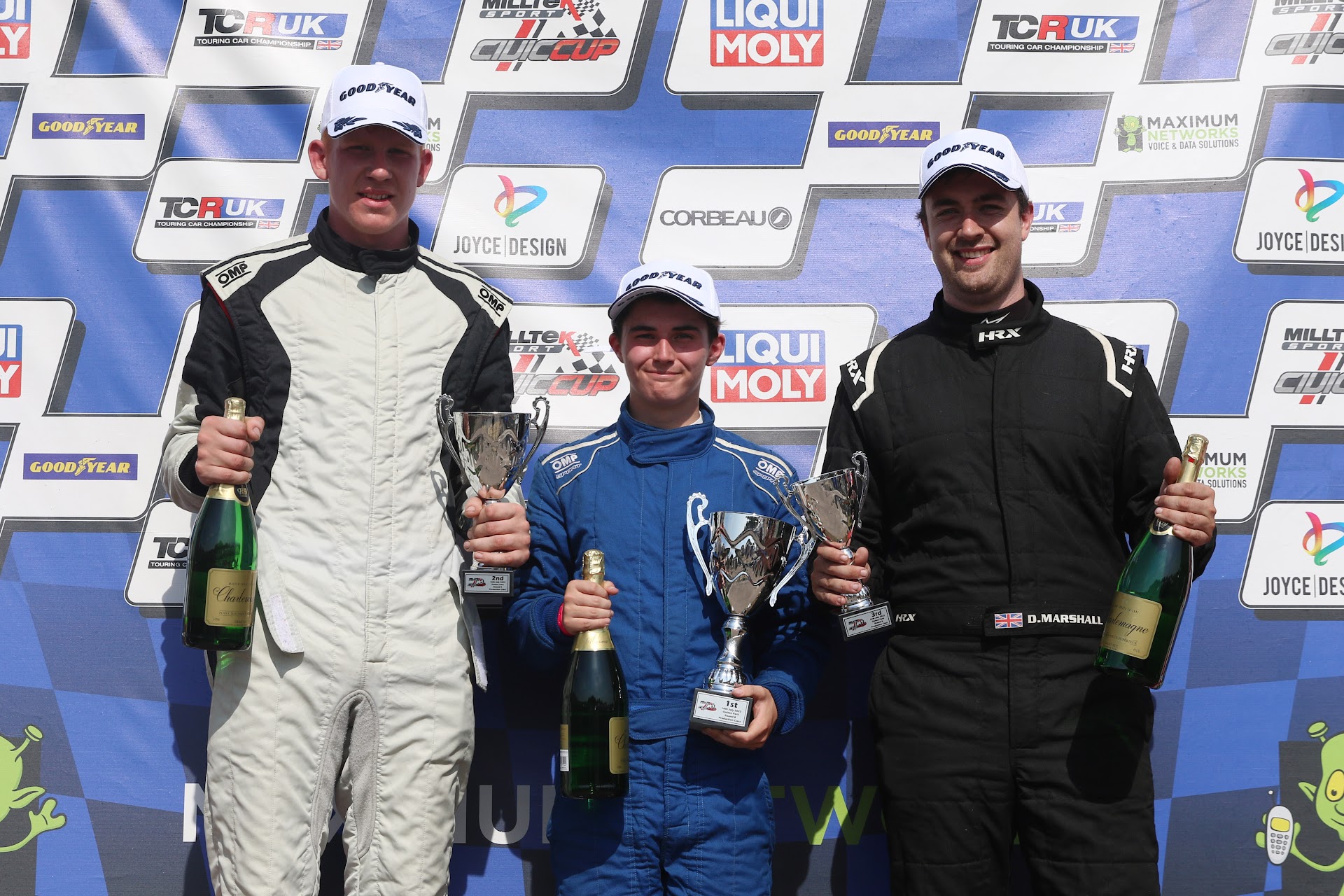 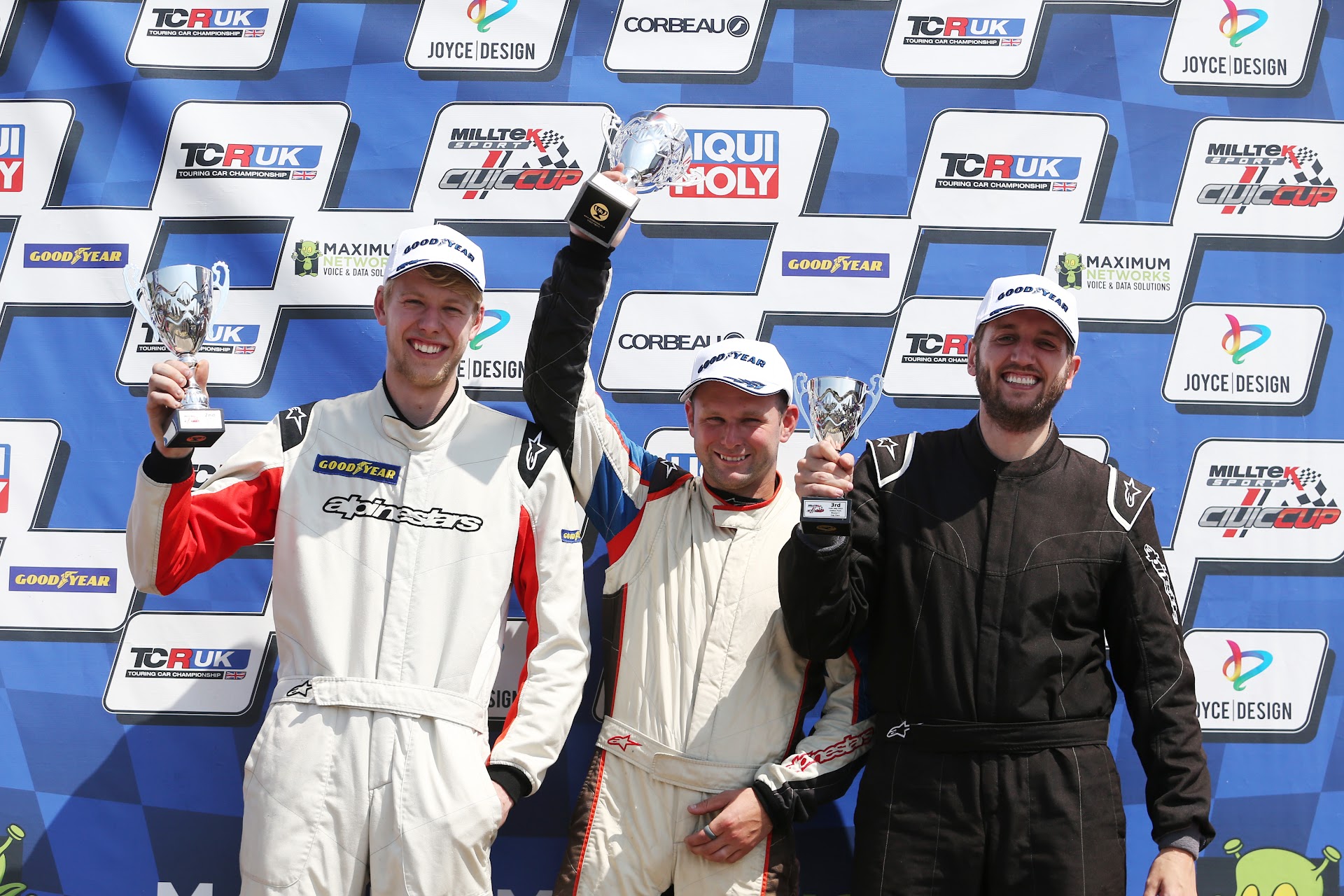 The second half of the season is well and truly in the forefront of all minds now, with rounds nine and ten taking place Saturday, August 6th at Castle Combe.

As always, we at Coordsport are happy to be sponsors for the Milltek Civic Cup and eagerly await the next race at Castle Combe. 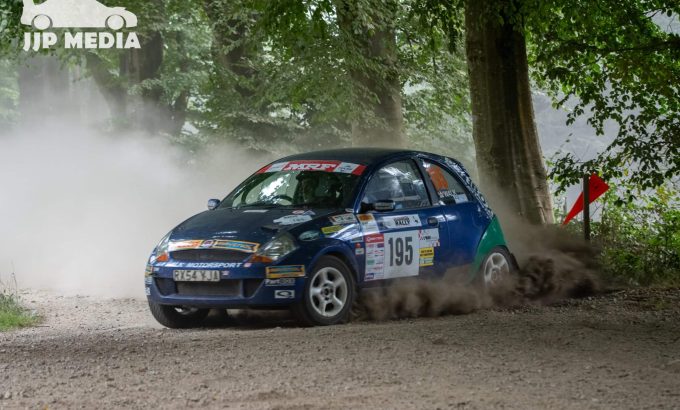 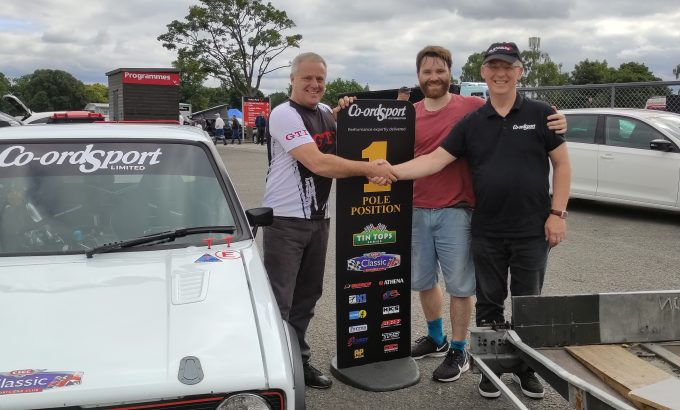 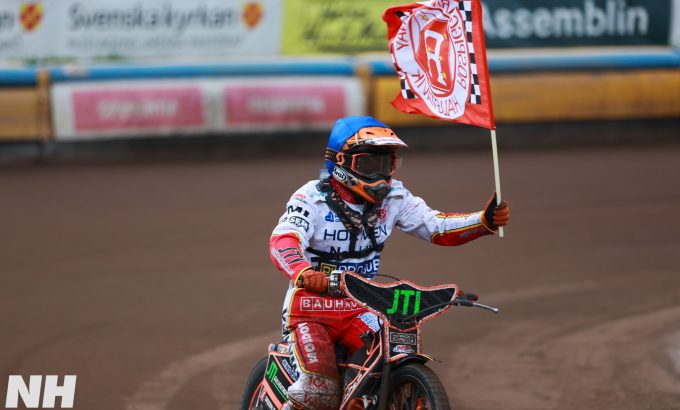